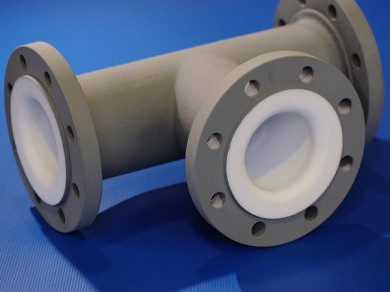 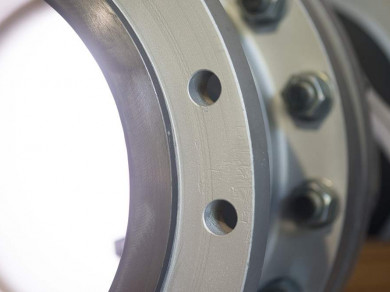 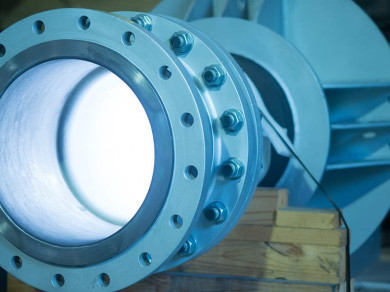 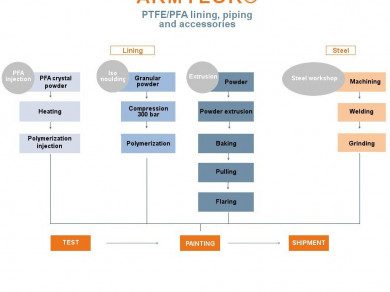 Mersen’s decades of experience allow us to propose the best fluoropolymer lining solution for your equipment. Armylor® PTFE is a Mersen material made from PTFE or PFA. It is suitable for almost all corrosive fluids within the temperature range from -50°C to +230°C. The PTFE lining is loose, thick and fully resistant to corrosion. Due to the diversity of Armylor® standards, a whole catalogue of products meeting the needs of the corrosive industry markets can now be made available.

Since the 1960s, Mersen has been proficient in all the PTFE manufacturing processes, such as paste extrusion, isostatic molding and PFA transfer molding.

The use of polytetrafluoroethylene powder (PTFE), developed by Dupont de Nemours under the Teflon® brand, was studied by Mersen due to its exceptional properties. Chief among these properties was its resistance to corrosion and high temperatures.

Using the various types of PTFE powder, especially those useful for Mersen specific applications, was no easy task. Paste extrusion is fairly similar to that used to manufacture carbon. It involves mixing powder with a binder, “baling” it, followed by cold extrusion and then thermal treatment.

Over time, as the type of powder being used evolved, other technologies were developed, including the injection of complex parts. The tubes produced are then fitted into the boiler making equipment and plated against it. “Inflation” techniques are also used to produce various shapes and connections. All Armylor® components form a “Meccano” like structure, which does not require any joints to be assembled.

Send us a message

Send us a message